Following a 75-year prohibition in the United States, cannabis has been legalized or decriminalized in many states across the country. However, the topic of marijuana continues to be a divisive and polarizing one, leaving the future of cannabis legalization up in the air in many different states.

Looking for delta 9 in the Lone Star State? Check out what we’ve got: 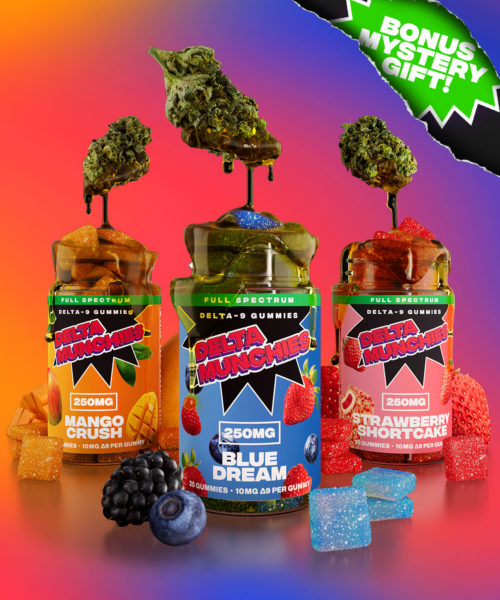 The legal history of cannabis (delta 9 THC in particular) in the United States has been a complicated one. Humans have used cannabis in food, medicine, and material making for thousands of years, but has become more harshly stigmatized in recent history.

Cannabis was completely federally prohibited in the United States for 75 years. This first changed in 1996 when California legalized cannabis for medical use, and again in 2012 when both Colorado and Washington State legalized marijuana within their borders.

As of 2022, cannabis has now been federally legalized and decriminalized for both medicinal and recreational use in America. However, each state still has its own individual cannabis laws. Some states have legalized marijuana for medical use and not recreational use while others have only legalized non-psychoactive cannabinoids like CBD. Some have decriminalized weed but not legalized it. Since this can be super confusing to keep up with, we’re breaking down each state’s cannabis laws so you can enjoy your weed as safely and responsibly as possible.

Is Delta 9 THC Legal in Texas?

Both delta 8 and delta 9 are legal in Texas. They are not regulated by the FDA, but anyone selling hemp products is required to register with the Texas Department of State Health Services (DSHS) so that routine safety and quality checks may be done. The Department of State Services also ensures that all delta 9 is adhering to the state law of 0.3% THC or lower.

However, delta 9 THC derived from marijuana instead of hemp is still considered illegal in Texas. Many psychoactive cannabinoids have been able to be legally sold due to the 2018 Farm Bill, but it has only been for hemp-derived cannabinoids with a THC content of 0.3% or lower.

Is Delta 9 a Controlled Substance in Texas?

According to the government, a controlled substance is a drug or other substance that has a high risk of its user becoming addicted. Because of the “War on Drugs” that was introduced into our country in the 1970s by President Richard Nixon, marijuana unjustly fell under the federal category of controlled substances.

However, since then, there has been research-backed evidence that has shown marijuana is NOT in the same category of addictive drugs as opioids, stimulants, depressants, or anabolic steroids. Unfortunately, the legality has yet to catch up with the science.

As long as your delta 9 THC products are hemp-derived and adhere to the legal limit of 0.3% delta 9 THC or lower, you should be able to have as many as you want. However, it’s important to differentiate between hemp-derived delta 9 THC and marijuana. Possession of marijuana is still considered a crime in Texas and, depending on how much law enforcement finds on you, can range from a misdemeanor to a felony.

Where to Buy Delta 9 in Texas

Since hemp-derived delta 9 is legal in Texas, you may be able to find delta 9 at a variety of smoke shops or specialty stores across the state. However, depending on how rural you live, it may be more difficult to find than in bigger cities.

Thankfully, since it’s federally legal to ship hemp-derived delta 9 to all 50 states, the easiest place to buy delta 9 in Texas is online. Here at Delta Munchies, we offer hemp-derived, full-spectrum delta 9 THC that adheres to all federal and state guidelines and regulations while still being potent enough for seasoned stoners. Here are our best-selling delta 9 products: