We’d like to introduce you to someone. Sure, you’ve probably met them before — but let’s make it official. Meet delta 9 THC. We’re here to teach you about all things delta 9 THC related, also known as merry jane, ganja, pot, and good old fashioned marijuana.

THC stands for delta-9-tetrahydrocannabinol and is the most recognized out of more than 400 active substances and 60 different cannabinoid molecules in marijuana. There are subtle differences that make delta 9 THC unique. It’s actually not found in raw cannabis plants; it is created during an act called decarboxylation, which involves heating the cannabis flower. During this process, chemical reactions turn THC into delta 9 THC — basically, it’s science resulting in a magical effect.

Delta Munchies has got you covered with the best in class Delta 9 THC. Check ’em out!

Eighteen states in the US have legalized recreational cannabis use. As of September 2021, It is legal to ingest and possess THC in Alaska, Arizona, California, Colorado, Guam, Illinois, Maine, Massachusetts, Michigan, Montana, Nevada, New Jersey, New Mexico, New York, Oregon, South Dakota, Vermont, Virginia, Washington, and Washington, DC. However, delta 9 THC is technically still federally illegal and classified as a Schedule I drug in the US.

People who live in the states where using cannabis for medical reasons is legal can also ingest and possess THC. Still, these individuals must hold medical cards and purchase their THC products from licensed dispensaries.

The History of THC

With a history dating back thousands of years(!), the world is no stranger to cannabis. Traced back to western China 2,500 years ago, cannabis was used for food, textiles, and medicine. Eventually, it was introduced to Europe and then to the US in the 1600s. However, it was only during the 1930s and 1940s that cannabis began to be used recreationally.

THC was officially discovered in 1964 by Dr. Raphael Mechoulam and his colleagues at Israel’s Weizmann Institute of Science. Although they were responsible for isolating and describing THC’s structure, Harvard-trained chemist Roger Adams also played a vital role in discovering the compound. He was the first to identify THC and explore its relationship to CBD. He didn’t isolate THC directly from the plant, but instead, he synthesized it in the laboratory. In the 1960s, when the technology became available, Mechoulam and his team isolated THC directly from the plant itself.

This breakthrough encouraged other scientists to explore cannabinoids and their effects on the body. At this time, anti-drug campaigns began launching, and many states passed laws prohibiting the use of marijuana. In 1970 the Controlled Substances Act classified marijuana as a Schedule I drug, meaning they deemed it as having a high potential for abuse and made the drug illegal at the federal level. The “war on drugs” launched during this time as well and led to the large-scale incarceration of many people for marijuana possession and use.

The Benefits and Effects of Delta 9 THC

The effects of THC can vary from one person to the next based on various factors. But some potential well-known effects of delta 9 THC include euphoria, increased sensory awareness, and altered perception of time. THC stimulates the release of a neurotransmitter called dopamine in the brain, which causes feelings of euphoria.

The most significant difference between popular cannabinoids THC and CBD is actually in their perceived effects. Consuming THC may result in a strong cerebral euphoria, while CBD lacks intoxicating effects altogether. This is because THC activates CB1 receptors in our brain where CBD does not. The effects of CBD are felt primarily in pain, inflammation, and anxiety relief.

If delta 9 THC is consumed in high doses, it may result in red eyes, dry mouth, dizziness, light-headedness, increased appetite, increased heart rate, and paranoia. It’s best consumed in moderation to get the benefits without the side effects.

How Does Delta 9 THC Work?

Understanding how THC works in the body and mind also means understanding the endocannabinoid system (ECS). This is a system of cannabinoid receptors, lipids, and enzymes that play an important role in maintaining internal regulatory balance that most animals and humans possess. For compounds to result in changes in the human body, they must interact with cells. When delta 9 THC is consumed, it will exert effects through the endocannabinoid system.

Delta 9 THC is the cannabinoid that most marijuana users seek when they want to experience a euphoric high. It is the product most people are referring to when they talk about THC. When our dear friend delta 9 binds with CB-1 receptors in the brain, it can produce strong psychoactive effects that we typically associate with being “high.” It results in elation, relaxation, talkativeness, and well, laughter. 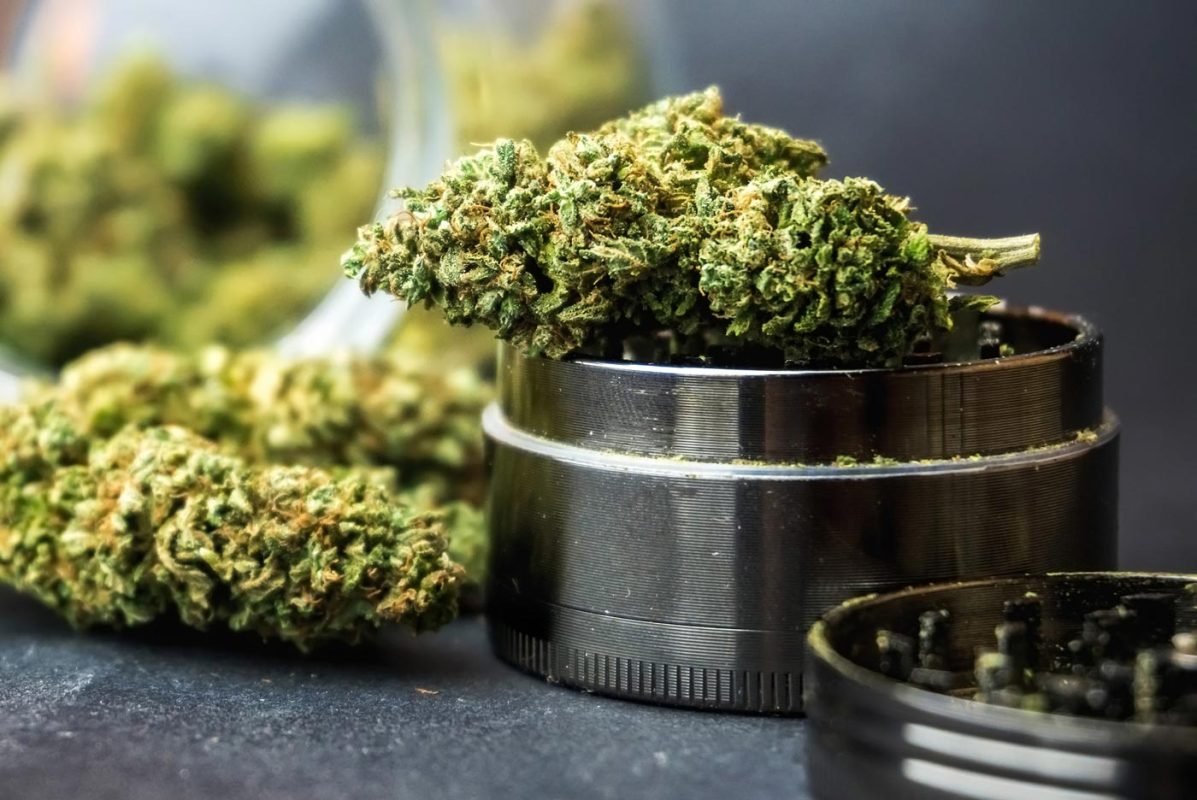 Indica, sativa, hybrid. If you’ve ever been to a dispensary or know a little about cannabis, you are likely familiar with these words. Indica is believed to have a relaxing effect, sativa has a more energizing effect, while hybrid is a combination of the two. However, it’s not these kinds, but the strains that dictate what type of delta 9 THC you’re purchasing. Here’s what you can expect from a few of the most popular marijuana strains.

The strain of THC you seek out should always  depend on your individual wants and needs!

There are a few different ways to consume delta 9 THC based on what kind of experience you want. There are three basic methods for consumption: inhalation, oral, and topical.

When THC is inhaled, the gases enter the lungs before being absorbed into the bloodstream. There are currently two types of inhalation methods: smoking and vaporization. Consuming cannabis this way means a faster-acting high with a shorter high duration and is the best option for moderate to experienced consumers.

How much delta 9 THC to consume depends on the desires and experience of the consumer. Cannabis affects people differently depending on the product, its consumption, how much is consumed, and the individual’s tolerance level. That being said, there are a few aspects to keep in mind. A standard unit of THC is 5 mg; this standard helps researchers design and interpret studies more accurately.

Currently, there are no official recommendations on a safe amount of THC to consume, but experts recommend starting with 2.5 mg of THC, which is one-half of the research standard. They also suggest not exceeding 40 mg of THC per day.

It’s also key to remember that THC concentrations can vary considerably between products. Although products indicate how much THC they contain on the label, there is no guarantee that this information is always correct. This factor can make it challenging for professionals to tell us how much THC is safe. More research is needed to determine what this dose would be.

Taking too much THC by itself cannot cause an overdose or death. Too much THC may feel incredibly uncomfortable for most people, but these feelings are temporary and not life-threatening. Taking too much THC can result in anxiety, panic, paranoia, high blood pressure, increased heart rate, nausea and vomiting, and psychotic symptoms like hallucinations and delusions. However, when used in moderation these effects are unlikely. In moderation, delta 9 THC has an immense amount of benefits.

So, it’s official. You’re fully reacquainted with your high school sweetheart, delta 9 THC. From what exactly delta 9 THC is, to its impact, and the different ways it can be consumed — you’re old friends now.