In 2012, when Colorado and Washington became the first to legalize marijuana, just 45% of Americans approved. There has been a shift in popular opinion, with 60% of Americans stating they support legalizing marijuana for recreational use.

Cannabis consumption is at its peak in the United States. Tourists from established and developing markets seek opportunities to partake in cannabis-related activities and are flying high all over the states, searching for the next weed hot spot.

Below, we present the best places to get high in the US.

Due to its early 2012 legalization of recreational marijuana use, Colorado has had the most time to develop its associated infrastructure. Even though there are many great spots to light up in Colorado, the capital city is one of the best weed vacation cities.

It’s not hard to get weed in Denver since the city has seven times as many dispensaries and almost three times as many head stores as the national average.

Where to Buy Delta 8, Delta 9 & HHC in Colorado

If you are looking for the tastiest Delta 9-infused Strawberry Shortcake gummies and get them shipped to your doorstep for free!

Quality cannabis experiences thrive in the City of Roses. In line with Portland’s farm-to-table philosophy, the Beaver State offers some of the most ecologically friendly and sustainable marijuana farming processes.

To the delight of Portlanders everywhere, smoker hangouts have been replaced with elegant botanic gardens styled as dispensaries.

Despite its reputation as a haven for the wealthy, Portland’s high-end cannabis market is 30% cheaper than the national average ($318), at $213 per ounce. The city of Los Angeles has been crucial to the nationwide spread of cannabis. You guessed it: Los Angeles abounds with breeders of OG Kush, the most widely used marijuana in the last two decades. Since marijuana is legal here, you may be able to fly with it – but double-check this just in case.

The cannabis sector in Los Angeles emphasizes weed’s sensory effects, offering things like public consumption lounges, guided tours, and even an interactive weed museum. L.A. has twice as many paths for hiking and three times as many music festivals as the typical city on our list.

Where to Buy Delta 8, Delta 9 & HHC in California

Get your hands on the Alien OG 1 Gram HHC Vape Cartridge to try out the premium blend of Alien Kush and Tahoe OG.

Medical cards provided by the state of Vermont are currently the only kind accepted at dispensaries. However, it is against the law to use cannabis in public, so don’t light it up on the streets.

Residents of Burlington have the chance to try the mouth-watering Delta 9 Blue Dream Gummies, which can be shipped for free by ordering them below.

Las Vegas is known for world-class entertainment, so many visitors and locals alike indulge in weed goodies and cannabis-related activities. There are several dispensaries and head stores, with the latter being approximately three times as common as in a typical metropolis.

Even if there are four dispensaries for every one hundred thousand people in the state, there are none in the Strip.

If you reside in the Strip – don’t worry. You can find the most luscious Delta 9 Mango Crush Gummies online at Delta Munchies, with shipping completely free of charge.

Since April 1, 2022, residents of the state over the age of 21 have been able to purchase up to two ounces of marijuana from licensed dispensaries. You can fill a sandwich bag or roll roughly 60 joints with this amount of weed.

There are over 200 dispensaries in New Mexico. You can find most of them in Santa Fe, which is becoming a hot spot for cannabis lovers. Cannabis has been a top trend for quite some time in Silicon Valley, therefore San Jose is one of the best places to get high. Historians widely accept that hemp and cannabis were first cultivated in California at Mission San Jose in 1795 to make rope and other fiber goods.

The local cannabis industry is booming, and this city has three times as many weed shops as any other. Marijuana in San Jose costs 23% less than the national average at $245 per ounce.

Where to Buy Delta 8, Delta 9 & HHC in California

Want to try the tastiest Delta 8 Peach Rings? Get them shipped to your doorstep in San Jose for free by ordering them below. 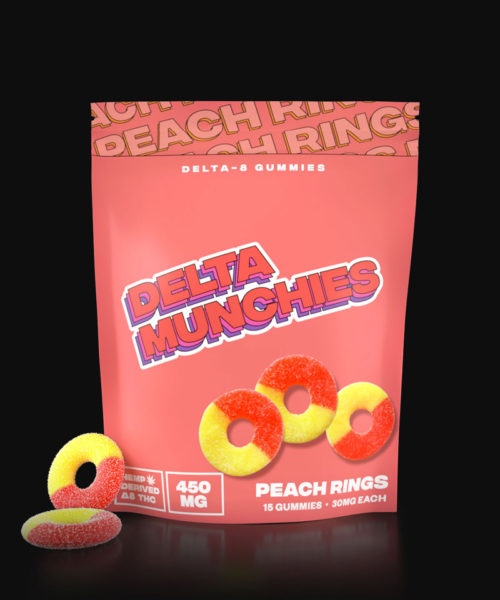 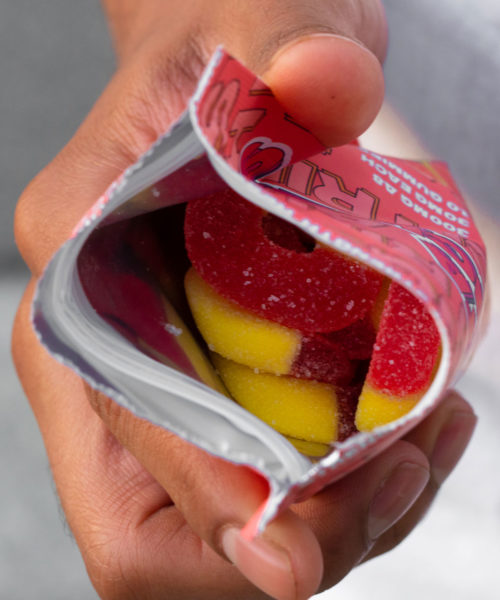 After decades of discontent, New York joined the ranks of the other states that had legalized recreational marijuana use for those over the age of 21 and licensed companies that sold it on March 31, 2021.

Since then, ‘the city that never sleeps has become an even bigger attraction for tourists wanting to get a taste of both the city’s delicious street food and marijuana.

You can buy the finest Delta 9 products, such as these delicious Strawberry Shortcake Gummies.

In the 1980s, Seattle’s grunge movement drew in a subculture of weed smokers, making it one of the top weed vacation cities. The city is a popular vacation spot known for its 420 parties and the annual Hempfest. Hempfest is a festival that has been holding its own for the last 30 years and lobbying for changes in marijuana laws.

Cannabis costs only $248 for an ounce in Seattle, which has 38% more dispensaries per capita than the national average (1.4).

Where to Buy Delta 8, Delta 9 & HHC in Washington

Buy the finest Melon Dreams HHC Gummies online at Delta Munchies, and get them shipped to Seattle free of charge. 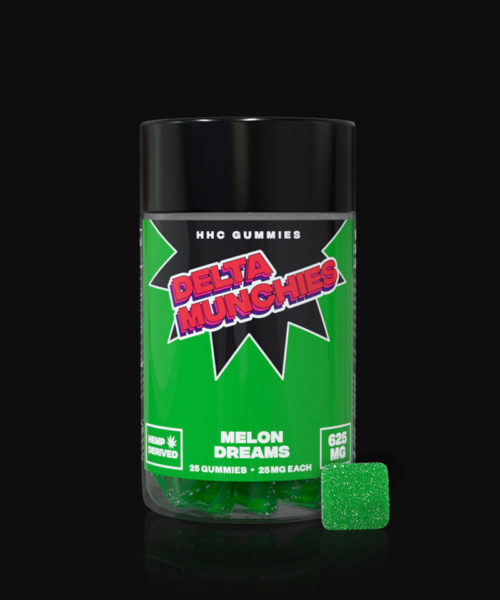 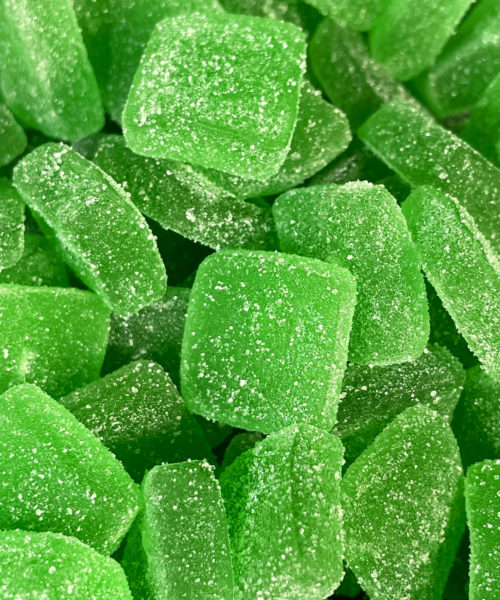 A group of San Francisco residents was instrumental in making California the first state to approve medicinal marijuana in 1996.

San Francisco’s involvement in the global cannabis market continues today. The cheap costs make it accessible to most budgets. Marijuana is around 12% cheaper than the national average of $281 per ounce.

The city’s counterculture legacy is still felt today, contributing to the laid-back atmosphere. Boulder is a pleasant city with a long history of cannabis use, and it’s also close to nature and has a strong preference for healthy lives.

Currently, it’s a pleasant environment for cannabis professionals, and dispensaries for medical and recreational use are readily available.

San Diego is one of the most tranquil coastal towns in California. With many kinds of cannabis and smoking paraphernalia available, residents and visitors may indulge in some of the best weed strains there.

San Diego has roughly twice as many dispensaries and head shops compared to other cities as the national average. Smokers may experiment with different strains without breaking the bank because of the low price of marijuana ($270 for an ounce).

Adults 21 and above residing in Washington, DC, can possess cannabis and cultivate it at home. It is legal for adults to give each other up to an ounce of flower or its equivalent in edibles, for example. Nonetheless, sales to individuals for personal use are still prohibited here.

Try the best-tasting delta 9 Gummies by ordering them from our online shop, with shipping completely free of charge.

Although six other California cities are in the top 15, Sacramento stands out as the state’s premier cannabis hub. Because of its low cannabis costs, the nation’s capital ranked first out of the fifty cities analyzed. An ounce of premium weed in this state costs $212, 34% less than the national average of $318.

Although the campaign to legalize marijuana in Arizona was protracted, its Phoenix epicenter attracted a dedicated group of activists. Phoenix ranks fourth on our list of cities where people are most enthusiastic about cannabis.

Its citizens are 85 percent more likely to search for marijuana-related phrases on Google than the average city in our survey.

Satisfy your munchies with the full spectrum Mango Crush Delta 9 Gummies by ordering them online below.

Delta Munchies: Your Go-To for All Things Cannabis

If you reside in one of the best places to get high, and you want to stock up on goodies, check out our shop. We have an array of delta 8, HHC, and delta 9 products in all categories, not to mention amazing bundles and great prices!