When there are so many options available, it’s hard to know what method of consuming cannabis is right for you. Is it smoking? Weed gummies? Vaping? The world of cannabis has significantly evolved in the last decade. With potency rising and advances made in the field with marijuana’s legalization, it can be hard to know which option is right for you — especially when comparing edibles vs. smoking. Before you can decide that, you have to get to know the basics!

What is an edible?

An edible is marijuana in any food product. There are many types of edibles — from gummies to brownies and beverages, they can come in many different forms. Edibles typically constrain both delta-tetrahydrocannabinol, which is THC, and cannabidiol, also known as CBD. They are generally stronger — causing a more potent high than smoking or other consumption methods. The effects also typically last longer. Smoking cannabis can affect you within five to ten minutes, while edibles usually don’t kick in for thirty minutes to two hours. It is crucial to keep in mind that there tends to be a more considerable amount of cannabis in edibles!

As cannabis has become more widespread in recent years, so have the options for consumption, but inhaling and ingesting cannabis are the two most common ways of consumption. However, smoking and consuming edibles can result in two very different experiences.

While edibles take longer to kick in than smoking, it is processed in the stomach before being released into the bloodstream and the rest of the body. But are edibles stronger than smoking? The effects of edibles also last longer than the effects of smoking. When you inhale, cannabis smoke or vapor delivers THC to your lungs directly and then into your bloodstream. When inhaling, you will feel the effects of smoking within minutes, with the full effect peaking after thirty minutes.

When you ingest cannabis, you’ll feel the effects much longer than you will if you smoke cannabis. There is definitely a difference between the edible high vs smoke high. And for many people, there may be a time and a place for both.

What are different methods to ingest and smoke?

There are a couple of different types and ways to smoke. Vaping is similar to smoking but less harsh on the lungs. When comparing edibles vs vaping, they are different in the ways weed edibles vs smoking are—in that edibles tend to impact you more greatly with longer-lasting effects. Other ways you can ingest cannabis include tinctures and capsules; both allow more precise dosing. Different smoking methods for cannabis include prerolls, pipes, and bongs. 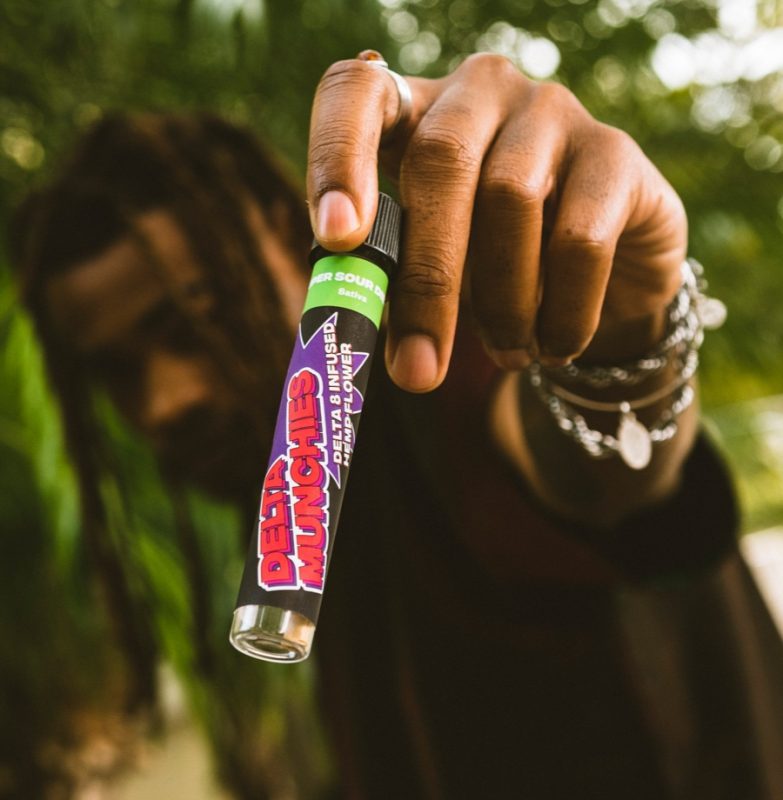 What is the difference in potency between edibles and smoking?

You might be wondering what the difference between an edible high versus a smoking high is, and the difference in potency is between marijuana edibles vs smoking.

Although they are made from the same material, there is a difference in potency between edibles and smoking cannabis. Edibles tend to be stronger than smoking and have resulted in more powerful effects than smoking cannabis. According to the National Institute of Health, the amount of THC that enters the bloodstream through ingestion is around 6-10 percent, while about 50-60 percent enters the bloodstream through smoking. This difference is in relation to the metabolic process. The liver converts about half of its THC to 11-hydroxy-THC. This is a potent version of THC that cannot form through inhalation. When consuming cannabis by smoking, THC goes directly to the brain, resulting in feeling the effects faster but are more fleeting.

When consuming edibles, you should always start small and proceed cautiously. It can take anywhere from thirty minutes to two hours for the effects of edibles to kick in, with the effects lasting several hours. Consumers have reported stronger body effects with a more substantial head high when taken in large doses. Starting smaller results in more mild and comfortable effects. Even though edibles may have more potent effects than smoking, they actually deliver a smaller concentration of cannabinoids to the bloodstream. Only about 10-20 percent of THC is introduced by ingesting edibles and other cannabinoids to the blood plasma. Consuming cannabis by inhaling falls closer to 50-60 percent. Smoking cannabis peaks within the first 10 minutes and its effects wear off over the next 30-60 minutes.

What are the benefits of doing one vs the other?

Edibles come in many forms, allowing variety in consumption. You can try gummies, chocolates, or even mints. The effects of cannabis from edibles also last much longer than smoking making it a good option for those who want a longer-lasting high. And in the opposite direction, smoking is an ideal option for those who want to feel the effects of cannabis more quickly and don’t want to wait to experience the high or have the effects last too long.

Edibles are especially a popular choice for medical patients. They can provide relief from chronic conditions without the negative aspects of smoking, and the relief lasts longer, as the effects of smoking dissipate more quickly. We recommend starting small with edibles as they can vary between potency and the individual. If typical delta 9 THC feels nerve-racking to try, delta 8 THC may be a great option — as it has many of the potential benefits of delta 9 THC without many of the adverse psychoactive effects.

Now you have all of the information for edibles vs smoking weed pros and cons to decide the best method of consumption for you! When it comes to eating weed vs smoking, you’re the one who can make the best decision for yourself.